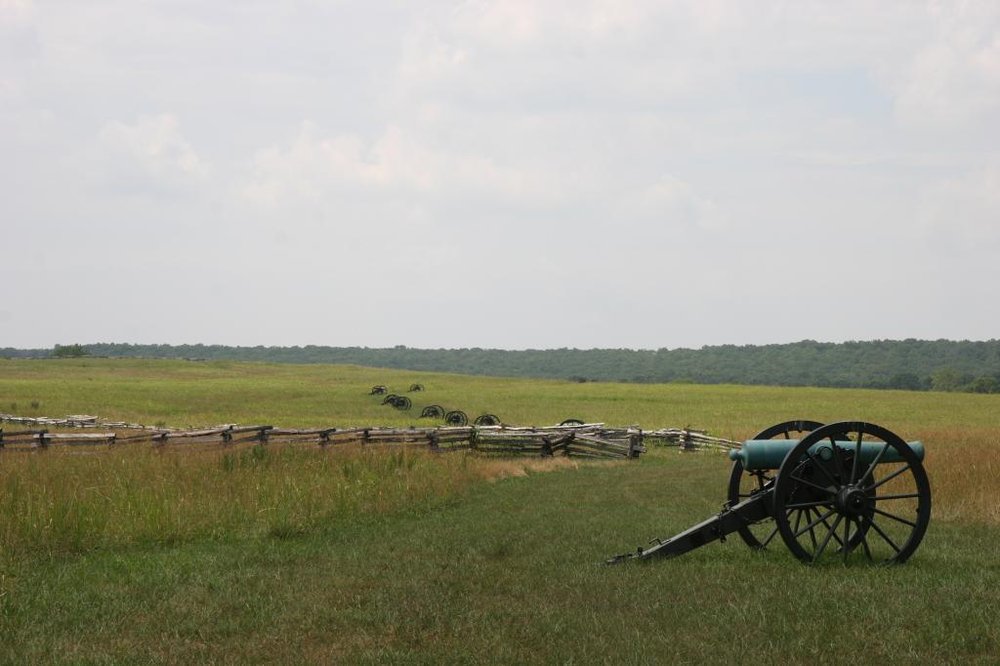 On the morning of March 8, 1862, both Confederate Major General Earl Van Dorn and Federal Brigadier General Samuel Curtis were hopeful of victory. The Federal army moved into a line of battle in the fields surrounding Telegraph Road ready to confront the Confederates whom they believed would attack from the direction of the Elkhorn Tavern to their north and east. Colonel Franz Sigel assumed control of the 21 gun Federal artillery line, and moved them onto Welfley’s Knoll, about 500 yards from the Confederate line. Around 8:30 a.m., Colonel Sigel began the artillery bombardment of the Confederate forces. Going from cannon to cannon, Colonel Sigel directed a 2 hour long bombardment. He coordinated the artillery fires by focusing on a single target until it was destroyed, and then shifting to another target. It was the most intense and sustained artillery barrage of the Civil War at the time. The Federal artillery barrage pounded the Confederate positions dispersing their artillery and forcing the infantry away from their positions, creating the opportunity for a successful Federal infantry assault. Additionally, because the Confederate supply trains had not moved with them on March 7, the Confederate artillery and infantry forces lacked the ammunition necessary to make an effective stand against the combined Federal artillery and infantry attack. Confederate forces were forced to retreat east on the Huntsville Road near the Elkhorn Tavern. At the battle of Pea Ridge, the Federal Army of the Southwest defeated the largest Confederate force ever raised west of the Mississippi.